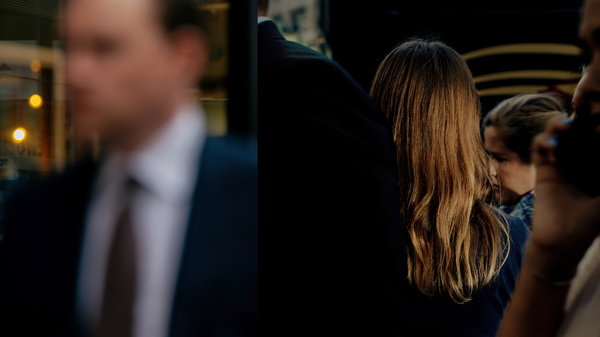 First, some history. When I was a child, watching my pops get ready to go out was something to behold. He would spend hours preparing his mask every morning for whatever crowd, person or community he faced. Even years later, my pops still took longer to get ready than my mother and sister combined, delicately taking a black Sharpie to any stray grays that might pop up in his goatee. My pops would explain that as a young man in the Dominican Republic, you had to work so hard perfecting yourself, preparing your mask, so that when a young European or American woman came through, she might choose you, as he would put it, might take you home with her, like that was your only way out. Later he made his way to New York City, where he met my mother, who is Colombian. Selected by whom became and remains my dilemma. I talked around it, mumbling about how I was trying to figure out who I was or whatever.

Collins May 1, 2019 About five years ago, Joe Ragusa, a city Sanitation employee who works in the Bronx, got fed up with traffic and construction and all the other stuff and decided to move out of the city. He bought a house in the country, in the hamlet of Mahopac, and moved in with his girlfriend.